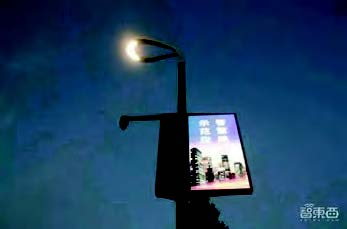 2020 has been an unusual year for the Chinese lighting industry, due mainly to the Covid-19 pandemic. In early 2020, lighting companies extended a helping hand to Hubei's hardest-hit areas to build hospitals such as Huoshenshan and Leishenshan. They donated ultraviolet germicidal lamps, ultraviolet sterilizers, masks, streetlamps, etc., reflecting the spirit of mutual assistance. In mid-2020, Signify announced that its joint research with Boston University's National Laboratory for Emerging Infectious Diseases (NEIDL) had confirmed that Signify's UV-C ultraviolet light source could effectively inactivate the 2019 coronavirus disease (COVID-19), the new coronavirus SARS-CoV-2. Other companies like Seoul Viosys (Seoul Viosys) and Sensor Electronic Technology, Inc. (SETi) announced that they had successfully adopted Violeds (UV-C LED) technology to kill 99.9% of new coronaviruses within 30 seconds. A joint study by Kobe University in Japan and Ushio, a Japanese LED component manufacturer, showed that deep ultraviolet radiation with a wavelength of 222nm can kill bacteria and is harmless to human skin and eyes. Similarly, Columbia University in the United States carried out related research. Preliminary results show that far UVC with a wavelength of 222nm cannot penetrate the skin surface or eyes and is safe for the human body. Researchers at Hiroshima University in Japan also proved that far ultraviolet (Far-UVC) with a wavelength of 222nm is also effective against SARS-CoV.

Sanan Optoelectronics invested 16 billion to establish a subsidiary aimed at the construction of third-generation semiconductor. Hcsemiteck planned to raise 1.5 billion yuan to invest in the construction of Mini/Micro LED and MLS set up a deep ultraviolet project company for 666 million yuan to deepen the deep ultraviolet field layout. The Ministry of Housing and Urban- Rural Development issued the Notice on Printing and Distributing the Reform Plan for the Qualification Management System of Construction Engineering Enterprises in December 2020, streamline enterprise qualification categories, merge grade settings, simplify qualification standards, optimize approval methods, and further relax restrictions on construction market access. Among them, the special qualification for lighting engineering design was adjusted to general professional qualification for lighting engineering, with two levels A and B. There are 144 companies in China engaged in lighting engineering business and also have lighting Double A certification.

THE RISE OF ONLINE LEARNING, E-COMMERCE AND LIVE STREAMING

Due to the pandemic of Covid-19, most exhibitions, conferences and events in the lighting industry in 2020 were cancelled, postponed or held online. As an education and training platform for the lighting industry, in order to promptly disseminate and train new lighting concepts, new standards, and new technologies during the epidemic, China Light.com Classroom took the lead in launching a series of online activities and continued to carry out a total of 216 online salons, forums, and courses, with total 308,700 views. In addition, LED lighting companies such as NVC, Opple, MLS, PAK, Yankon Lighting, FSL Lighting and other LED lighting companies are testing the live broadcast of goods and actually live broadcast has become the standard configuration for large and small businesses on e-commerce platforms. Actions, such as NVC Lighting's self-help array, the popularity of Wei Ya's live broadcast, Xinterli's simultaneous appearance on CCTV News, Hunan Satellite TV, and popular anchors during Double 11, can be said to be the trend of online trade after the outbreak of the pandemic and for many companies E-commerce took almost 5% of their distribution.