Residential lighting between decoration and function in 2022

2022-03-01
Nowadays, a small but significant amount of consumer luminaires is connected with apps and not just simply dimmable 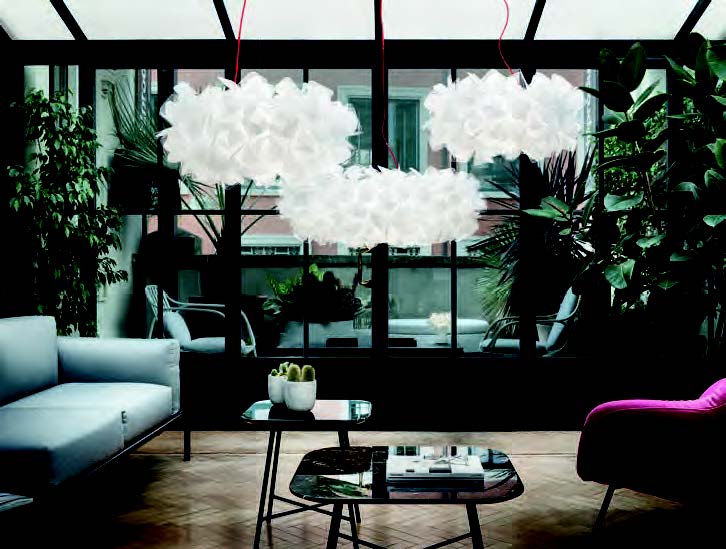 According to CSIL estimates, 280-300 million LED home lighting fixtures and a much higher number of LED bulbs were sold worldwide in 2021. The overall market for home lighting fixtures, valued at USD 25-30 billion at factory prices, is made up of approximately 40% (on a worldwide basis) LED luminaires. Of these, today a small but significant amount is already connected with apps and not just simply dimmable. European companies are mainly addressing the medium-high range of this market, with prices to final consumers ranging between 150 and 400 dollars (1200 dollars on average in the luxury segment). Most of the mass-market products range between USD 70 and USD 30 (final consumer price). Prices for LED bulbs generally range between 3 and 8 dollars but can reach 18-30 dollars for items with greater added value (connection with app, color variations, connection with music speakers, for example). A small share of these home lighting fixtures (at least 30 million items) are outdoor fixtures, with an average value estimated at USD 70-80. Among the leading companies producing residential lighting there are Eglo in Europe, Panasonic in Japan (both with a share in the world market around 3%), Home Depot and Lowe's in the United States (featuring even higher shares at a world level), Opple and Yankon in Asia. Ikea is positioned with share in the order of 2%, followed by Brilloner and SLV (now nnuks) in Europe, Koizumi in Japan, Generation Brands in the United States, Beacon Lighting in Australia, and Syska LED in India. In the high range of the market, Flos has consolidated its leadership position in recent years, followed by Artemide, Endo, Occhio, Foscarini, and Viabizzuno.

Until fifteen years ago, the decorative factor has certainly prevailed, with a strong classic connotation (about 25% of the market in value, in Europe) or a design content (almost 20%). Nowadays, both segments have been reduced (especially, but not only, the classic one), while the functional component (made up of ceiling lights, recessed lights, spotlights) has grown strongly, covering roughly 50% of the market value. The availability of a cold light source (LED) made it possible to insert light elements (in the past they were spots, today mainly linear elements) inside furniture (especially kitchens), with an impact on total sales between 5% and 10%. The weight of portable lighting (table and floor) has been reduced by approximately 30% to 20%. Distribution channels have also changed: furniture stores that sell also lighting have lost weight, and distribution chains have increased (IKEA, Keria). The lighting specialists serve "in store" mainly a professional clientele and increasingly sell online to private consumers. The number of lighting items offered by online catalogues can largely vary, but it is frequently included between 30,000 and 50,000 items. The number of lighting suppliers differs widely across e-tailers: they are around 50-100 in the Consumer market, on average. The price range can vary from a couple of dollars (when trade includes lamps) to over USD 1,000 (for high end consumer). The overall average is frequently around USD 75-150. Free shipping is usually given for order of at least USD 50-150. It is worth mentioning the electronics store chains (for example Euronics), which could grow in the near future, due to the diffusion of connected lighting systems.