The lighting fixtures market in the United States 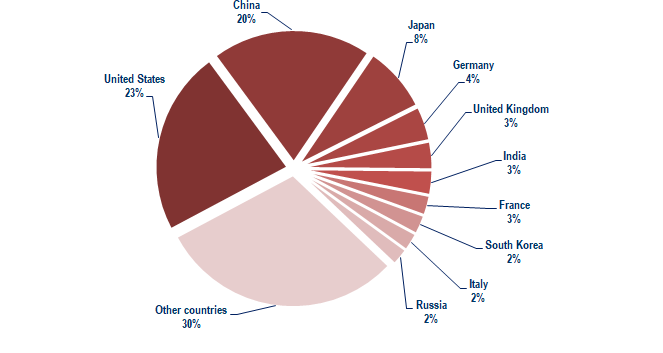 In the 2016 report The Lighting Fixtures Market in the United States, CSIL estimates that in 2015 the US people spent about USD 62 pro capita in lighting fixtures (similar to the Swedish, about 10% less than the Swiss, but 44% more than the British). With a population of 319 million, this implies a domestic market of USD 19.7 billion, + 7.6% compared to 2014 (slightly above the average rate of the last five, 6.4%). This also means that the United States confirm as largest markets for lighting fixtures worldwide (in 2014, the US provides about 12% of the world production of lighting fixtures and 22% of the consumption).

Imports still satisfy almost 52% of total consumption (before the crisis this share was about 40%), however also the production has finally entered a positive cycle. Over the past five years, average nominal growth has been 3.2% per year. In 2015, the production of lighting fixtures in the United States was estimated around USD 11.6 billion, finally overcoming the pre-crisis level (last peak was registered in 2008, USD 11.4 billion).

More specifically, 2015 growth was entirely driven by professional lighting segment, as the production of residential lighting continued registering negative performances (-16.4%). On the other hand, consumption growth has been positive for all the considered segments: a bit higher for commercial and outdoor segments (respectively +8.5% and +9.5%) than for the residential and industrial ones (respectively +5% and 6.5%).

More about the Lighting Market in the United States