In 2016, the world trade of lighting fixtures registered a setback. After a slowdown in 2015, in 2016 both imports and exports contracted by respectively 2.4% and 6.2% to a value that CSIL estimates at approximately US$ 39 billion (EUR 36 billion) for imports and US$ 45 billion (EUR 41 billion) for exports. Several factors combine to explain this result. Firstly, there is the slowdown of the Chinese economy. Second, this result is part of a larger trend that has characterized the global furniture and the manufacturing industries during 2014 and 2015. A reason more specifically related to the lighting business is the decline of LED prices. Technological innovations, which have been driven the lighting industry at outstanding rates of growth over the last decade, have been selling at lower and lower prices, resulting in a general slowdown of the industry as a whole. Still, the overall trend of the last five years remains strongly positive: between 2011 and 2016 exports grew by an average rate of 9.2% (in US$) per year and import by 5.4%. In 2010 international trade (defined as the arithmetical average of import and export) overcame the pre-crisis level (US$ 26-27 billion). In 2016, it amounted to US$ 42 billion (EUR 38 billion).

That is what emerges from the new CSIL’s report World Trade of Lighting Fixtures, now at its XXII edition. The report combines official trade figures for 66 countries, economic indicators by national and international statistical agencies, together with a 30-year business intelligence expertise of the sector. 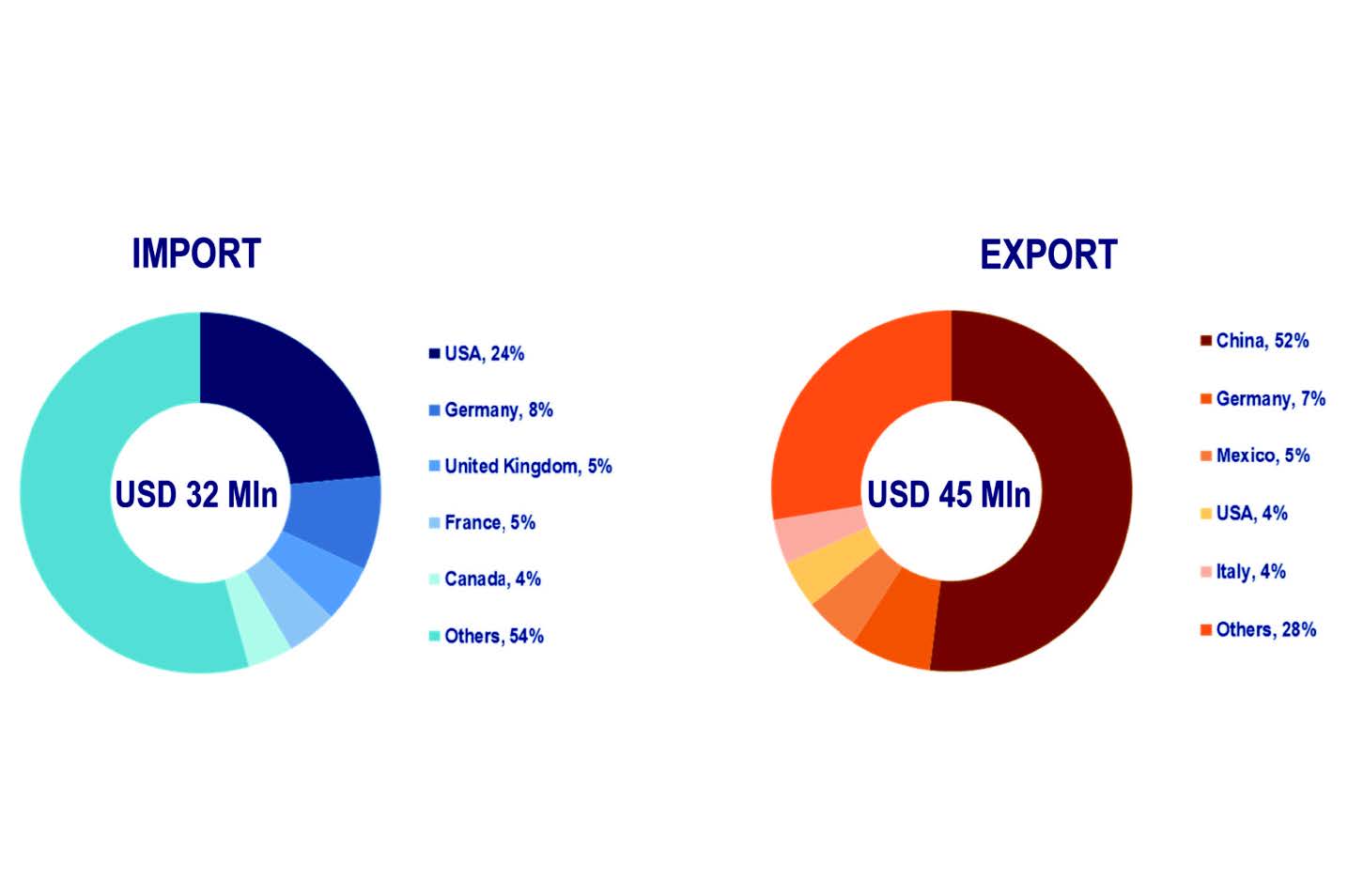 In 2016, the major exporters were China, Germany, Mexico (overtaking the US), the United States, and Italy. Together they account for approximately 72% of the world exports of lighting fixtures. Italy, which was the leading exporter during the 1990s, has been overtaken by China first, later by Germany (2003) and in 2015 also by the US and Mexico. After years of impressive growth, in 2016 China recorded a setback of its export flows (-13% both in US$ and in EUR). Among the top 10 largest exporters, very positive performances were registered by Poland (+20.1%) and Mexico (+11.5%), as well as by Germany (+4.6%) and Spain (+4.8%).

In 2016, the top five importers of lighting fixtures were the United States, Germany, the United Kingdom, France, and Canada that together account for 46% of the global value of imports. Among the top 10 importers, bad downturns were registered by the US (-9%) and India (-15%), while best performances belonged to France (+6.6%) and Italy (+6.1%). China is still a relatively small importer of lighting fixtures (around US$ 359 million in 2016). Thus, it has by far the largest trade surplus of the world. Despite the big drop in 2016 (-13%), over the last five years Chinese trade balance has increased by 152% to a value of US$ 20 billion. The US had the largest trade deficit (around US$ 7 billion) in 2016.