The World Trade of Lighting Fixtures for Interlight 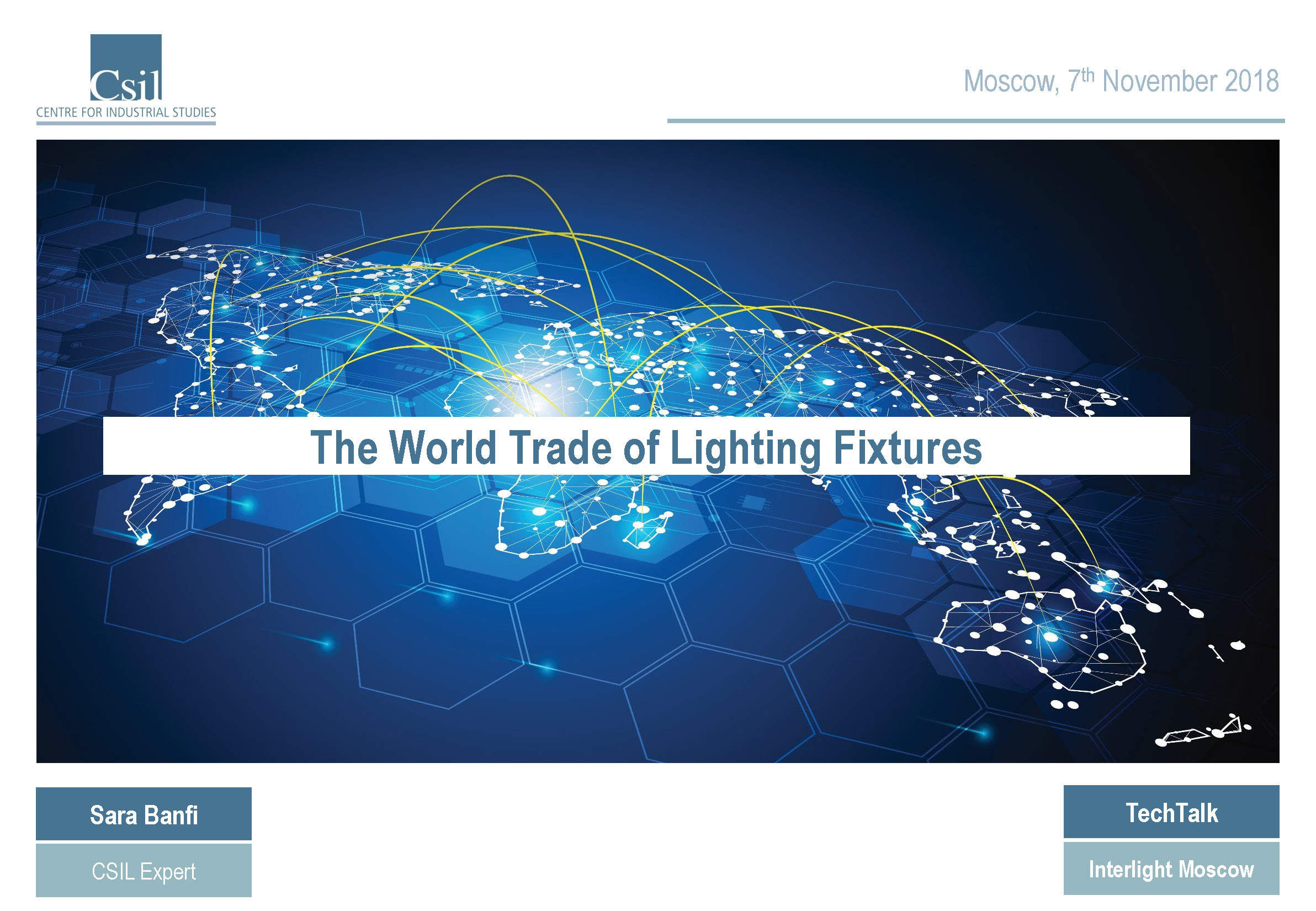 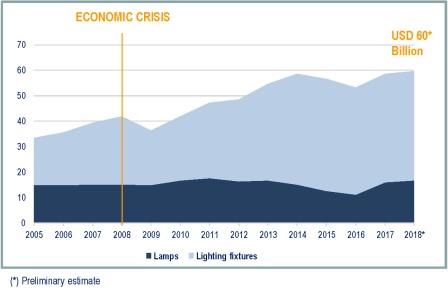 We define trade as the average between the value of import and export.

As you can see, the trade of lighting has registered a huge growth since 2005. after a major setbeck during the 2008 financial crisis, it recovered very fast and kept growing at impressive rate until 2015, when it slow down due to the slowdown of chinese exports.

This qualitative transformation can be explained by the technological changes that has affected the industry over the last 15 years. In particular, the advent of led lighting can explained the swich from fixtures + bulbs to led-integrated luminiares.

On the next slides I'll focusing only on lighting fixtures.

Where does the light come from? Top manufacturing countries

China is by far the main manufacturer of lighting fixtures worldwide, accounting for 42% of its value. It follows the USA, Japan, Germany and Italy. Russia ranks 12th.

This ranks reflects on the country of origin of export. 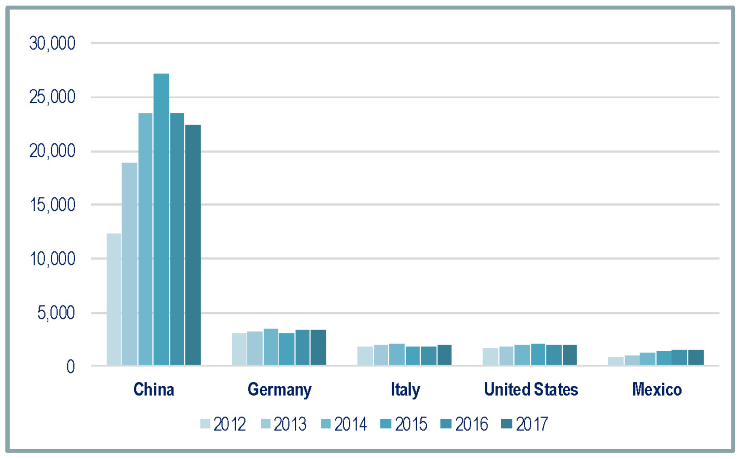 In fact, China is by far the largest exporter of lighting fixtures. In 2017, the value of its export flows amounted to over usd 22 billion. The main destinations are the USA and Europe.

Germany and Italy are respectively the second and the third largest exporting countries. Both of them sell most of their products within the eu region.

The same is true for the USA and Mexico, respectively the fourth and the fifth largest exporter. In particular, the large flows of lighting export from Mexico is mostly due to the fact that many us companies has outsorched their productive plants in the country and then sell them in the US, which is the largest market worldwide.

In term of growth, export remained flat during 2017, due to the setback of the flows coming from China and the USA.

Where does the light go? Top consuming countries

In term of consumption, the usa accounts for 23% of the world market (over usd 20 billion).

The other largest market are China, Japan, Germany, and the UK.

With the exception of china and japan, whose consumption is mainly satisfied by their local production, the other considering market are also the largest importers of lighting fixtures. 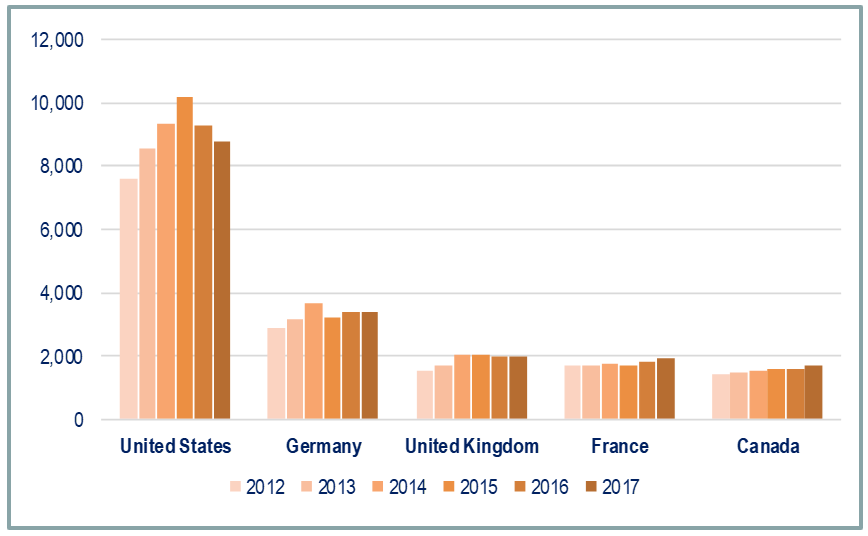 To be notice that China is the first country of origin for all of them, followed by regional partners.

In term of growth, import registered a growth of 3% during 2017, moslty driven by the incresed value of imports to France and Canada, while the US and the Uk saw their import value contracted.

Lighting fixtures in Russia: an overview 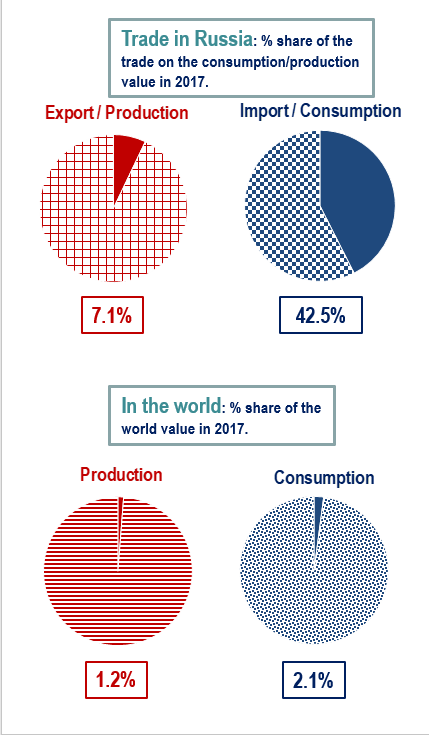 The local prodaction is mostly intended to satisfy the demestic market, as only 7.1% of its value is intended to exports. While its market is quite open to international imports, which represent almost 43% of the Russian consumption. 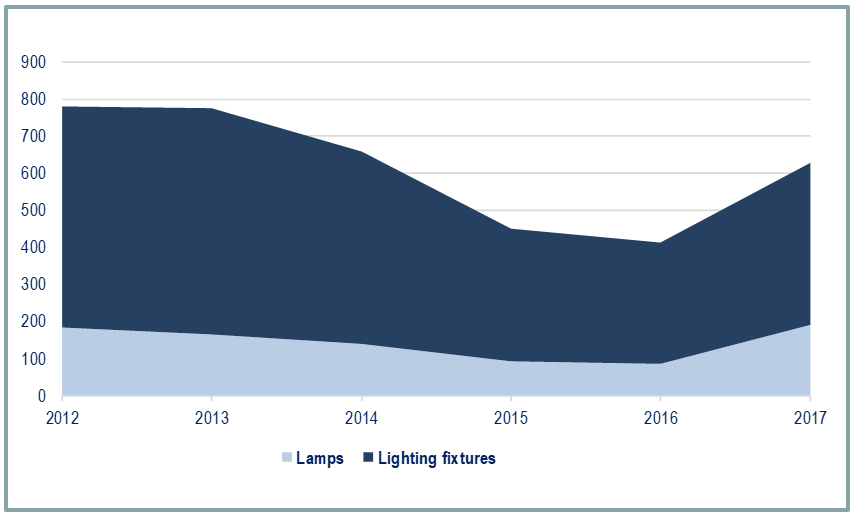 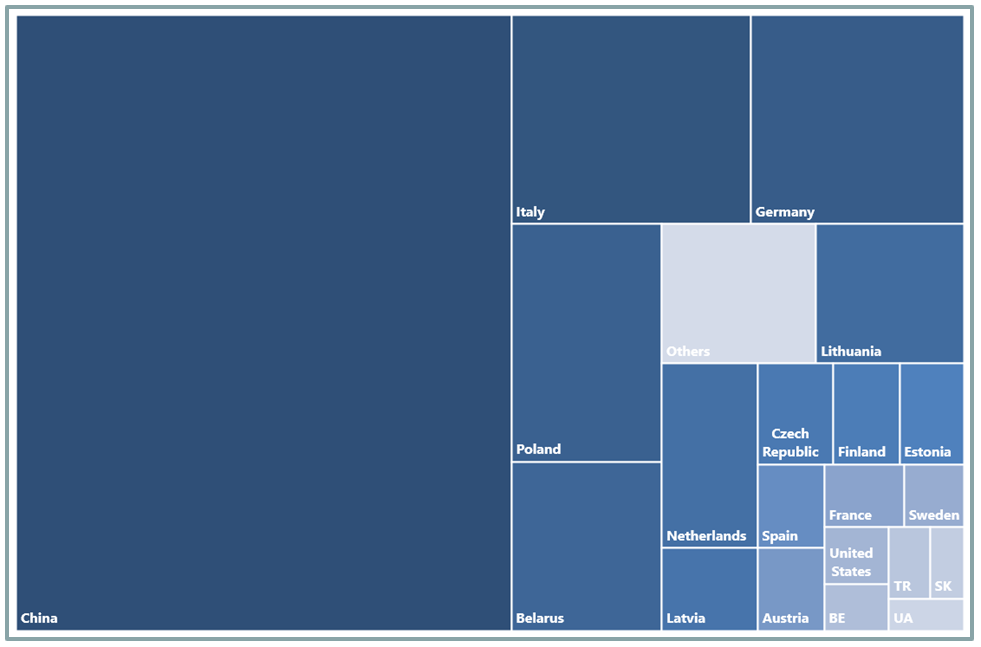 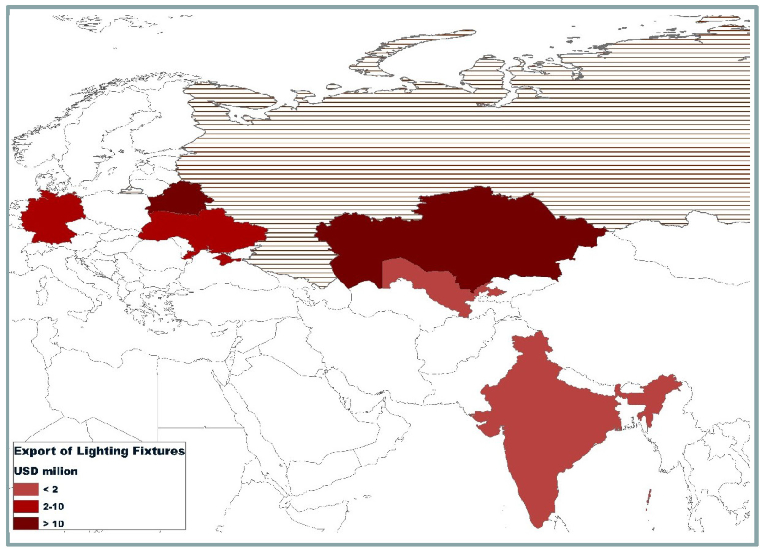